Singapore is known to be one of the richest countries in the world, what a lot of people don’t know is that when they became a separate independent country in 1965, Singapore’s future did not look good at all. At the time, Singapore was a tiny and underdeveloped country with no natural resources and a population made up of mostly immigrants without a shared history.

Which brings us to the question: How did Singapore manage to develop so rapidly while it looked like all the cards were against them?

While doing the International Relations minor, a lot of emphasis has been laid on the importance of a country’s geopolitical location. Within the world, Singapore has one of the most economic advantageous locations for maritime trade. Located at the mouth of the Malacca strait, it is estimated that about 40% of the world maritime trade passes here; making Singapore one of the most attractive country’s to make trade agreements with. 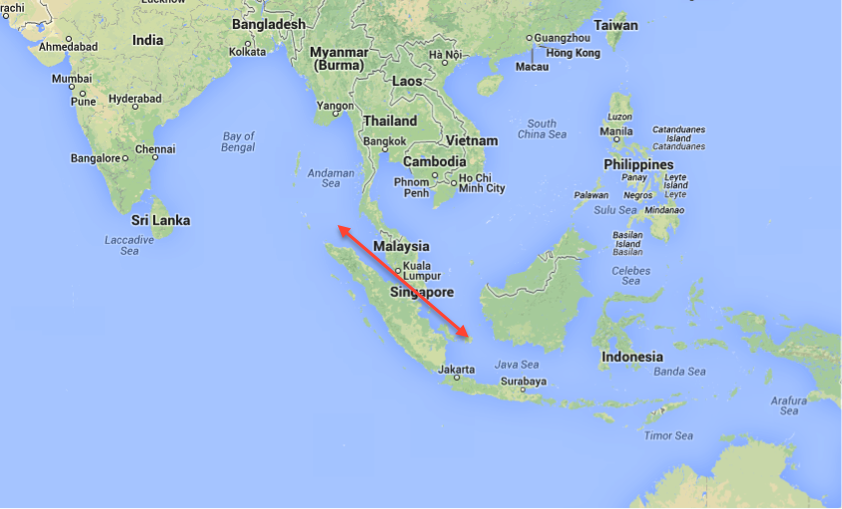 The strait of Malacca

Mister Lee Kuan Yew (16 september 1923 – 23 march 2015) is widely praised for transforming Singapore from a third to a first world country.

In 1959 he became the first prime minister of Singapore after they separated themselves from the United Kingdom. In 1963 Singapore officially became an independent city-state, in September of that same year Singapore became a part of the federation of Malaysia; a country they separated from in 1965 due to racial conflicts between the Malay people and Chinese Singaporeans.

This separation from Malaysia came as a blow for the new prime minister, who believed that in order for Singapore to survive and develop, a merger with Singapore was essential.

“Fortunately” for Singapore, the merger broke down and on the 9th of august 1965 they became “The Republic of Singapore”

The first thing Lee Kuan Yew did was search for international recognition and to join the United Nations. Also, Singapore was one of the main founders of the ASEAN community (along with Indonesia, Malaysia, the Philippines and Thailand). Established to protect regional stability and accelerate economic growth and social progress.

One of the main reasons why Singapore is flourishing in today’s world is due to the fact that they have an extremely attractive economical culture. One of the most important implementations the prime minister made was to attract foreign investments from big multinational corporations. Singapore was one of the biggest electronics exporters in the 70’s and 80’s while mid 60’s almost no one had ever heard of Singapore.

This can be attributed to Lee Kuan Yew, who put great emphasis on providing top-class infrastructure and the reliability of Singapore’s social conditions, leading to loads of foreign investments.

This is a pretty nice score in a region with Cambodia (150), Myanmar (147) and Vietnam (112). Since we are in Thailand it might be interesting to mention that they are in place 76.

One of the most known ways of fighting corruption was by giving all government officials an evenly or even higher pay than their counterparts in the private sectors, this to make sure that they would remain loyal to the government instead of taking bribes.

Lee Kuan Yew’s policy was to keep the government small, efficient and as honest as possible, something that, looking at their corruption score, worked out quite well for them.

Lee Kuan Yew had a vision for Singapore and he would not let anyone tell him to do it differently, this can be seen in the fact that some of his political opponents have been detained for several years for defamation (although some argue that this was because Lee Kuan Yew did not allow contradiction). Singapore is still known for it’s strict judicial system and laws, caning is a punishment still used nowadays for certain offences and if you walk on the street you are surprised by how clean and neat everything seems to be.

This is also shown in the national media, due to the fact that Singapore is a small country, the focus is laying on public interest, public order and national harmony, this means that the national media is sometimes censored when addressing certain topics like racial frictions among Singaporeans or political dissatisfaction.

He explained his strict way of ruling in the following way:

““I have always thought that humanity was animal-like. The Confucian theory was man could be improved, but I’m not sure he can be. He can be trained, he can be disciplined.” In Singapore that has meant lots of rules—prohibiting littering, spitting on sidewalks, failing to flush public toilets—with fines and occasional outing in the newspaper for those who break them. It also meant educating his people—industrious by nature—and converting them from shopkeepers to high-tech workers in a few decades.”

Of course this strict way of ruling created an opposition of people who said that his way of ruling was bad, due to the fact that it made people work out of fear instead of creativity.

An event that has been discussed over the years but which has never made the Singaporean history books is “operation coldstore” in 1963, where 111 left-wing activist including some key figures of the opposition party during that time were detained with the notion that this was to protect Singapore against communism, while many others argue that Lee Kuan Yew did this to get rid of his opposition.

Also, the fact that Lee Kuan Yew’s son is currently the prime minister of Singapore (Lee Hsien Loong) gives room for the opposition to imply that some form of nepotism is executed. The Herald Tribune wrote an article about this phenomenon and they got sued for defamation (what a surprise).

There have also been several stories about political opponents being tortured and there are a lot more cases where political opponents have been sued if they created too much friction according to the prime minister, these are just two small examples.

Although there are some opponents of Lee Kuan Yew and the way he led Singapore to their riches, I don’t think that anyone can deny that what he did and what he believed in has done more good than harm in Singapore. Singapore went from a country with no natural resources and underdeveloped people to one of the richest countries in the world with a GDP of $85,253 making them 3rd in the world.

Although the people of Singapore officially elected Lee Kuan Yew, I believe that his way of leading is a good example of how a good “dictatorship” is better than a bad democracy. By following his ideals and doing what he thought was right, he made Singapore a safe, neat and highly productive country which is surely something to be proud of.