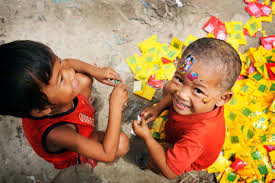 For my International Relation minor in Thailand, I researched the current situation of Children Rights in Cambodia. Since Cambodia is an attractive destination for tourist and growing within the years. Cambodia is still far from protecting and promoting children rights in the country. With this blog I want to inform you about the situation of children in Cambodia.

Background of the current situation of children rights in Cambodia,

Hofstede (1997) state,  The Cambodian culture is characterized as collectivism. Within the families there is a high hierarchy and a lot of respect for elderly people. For instance, the father or the oldest child is seen as the head of the family. Punishment by parents when a child misbehaves is common solved with beating them. Moreover Cambodian has a femininity culture such thing as losing face is not applicable in their culture. For instance when a daughter within the family has been raped the family will rather negotiate or managing to keep the incident silent so they would not lose face. Nevertheless, family stability has a serious impact on the future of the child such as the access of education, food, care and protection. There is a significant result of  children from unstable families will come more often in contact with the law, drugs or become sensitive for being rape or abuse World Vision (2014). The neglect of children has an important impact on the development and future of the child however; this will not only affect the child but also the next generation and the development of the country.

Cambodia has a constitutional monarchy and the prime minister of the country is Hun Sen, who is currently for 25 years the head of the government.  Officially Cambodia is a democracy however the country is ruled by one party namely Cambodian People’s Party since 1985.  Looking at the history Cambodia is recovering from a bloody war. In 1975 all citizens are forced to move to work in the agricultural sector. The Khmer Rouge had all the control, money became worthless and basic freedoms and religion was banned (J.Hays 2014). Most of the middle- class well educated inhabitants were murdered and other people died from disease or starving. Cambodia’s legal system is extremely corrupted and is leaded by the powerful and rich people of the country. The Cambodian judicial system is weak and can be judge as bad, corrupt and exposed to political manipulation. Cambodian inhabitants live with a few rights. The influence of rich people can be seen everywhere in Cambodia, for instance the rich people can buy their freedom or use their status against the poor people in Cambodia. . (J.Hays 2014). However many cases are based on corruption or influenced by the government. The court system is slow and disappointing in judging cases. A Childhood should be a safe and a healthy environment. However, for many Cambodian children a safe and healthy environment does not exist. There are many obstacles for caregivers to fulfil their duty. It is the duty of the government to provide the primary needs for caregivers to fulfil the children rights. However because of the few rights and lack in understanding of these rights citizens do not know how to fight for their rights.

Poverty plays as an important role in every part in the country; Cambodia is one of the poorest countries within ASEAN. At least one third of the citizen’s lives under the poverty line (US$1.25 a day) and other parts live on less than US$2 a day According to World Bank (2013). Poverty mostly affects the children of Cambodia. At least 36.1 percent of the children in Cambodia are working as child labor (UNICEF 2013). Most children from poor families are sensitive for forced labor. Approximately 300.000 children are working with the purpose of supporting in the needs of their family (Humanium 2011).

Cambodia is a source in human trafficking as well in destination and transmits of children (Tip report 2014). Children mostly migrate to countries in the region (Malaysia, Thailand or Vietnam) for work. Afterward they end up in sex trafficking, domestic servitude, force labor in the agricultural sectors or manufactories (Tip report 2014).Cambodia is a transit destination for children from other part of the region (Vietnam) leading by criminal gangs, who transmit children to other parts of the region. Furthermore because of the fact that there is still a shocking amount of 30 percent of the Cambodian children is unregistered. (Humanium 2011). Especially young girls from rural areas of Cambodia and parts of Vietnam are moving to the bigger cities of Cambodia.

Child abuse and violence is a hurtful result of human actions, Child abuse has a signification relation with unemployment, poverty and the lack of education. According to the UNICEF (2013) approximately 26 percent of the adults in Cambodia are illiterate. The amount of abuse, violence and neglect of children can be related to the quality of life within the families. (Steinberg, Catalano and Dooley 2011).

By physical abuse can be explained as physical punishment within households. Half of the children in Cambodia had faced physical abuse being, punched, kicked or beaten by an object (UNICEF 2013) In the Cambodia Children report  2010 states that 41% of children are beaten by their parents when they did something wrong.

Emotional abuse has influence on the emotional development of a child. Emotional violence can be defined in a continue pattern of negative verbal behavior done by parents or caregivers. For instance being told a child is never loved. This emotional violence could lead to mental health, social damage. According to Rottanak (2015), at least one third of the Cambodian children are emotional abused by one of their family members or caregiver. Furthermore, Neglect plays an important role in the physical and emotional primary needs of a child.

According to United nation survey (2013) unfortunately more than 6 percent of the girls and 5 percent of the boys with an age between 13-17 has at least one experience of sexual abuse. Most victims of rape incidents in Cambodia are children with an average age of 12 years. Rape is mostly done by local people in Cambodia (world vision 2014). According to the law of Cambodia rape is a crime incident however the most of the cases are not brought into court.  Nevertheless, more than 23 percent of the females in Cambodia have been married before an age of 18 because the high amount of rapes girls are forced by the family to marry the rapist whom leads to child marriage (UNICEF 2013).

There is definitely discrimination in the primary needs for a child in Cambodia, especially looking at the gap between the urban and rural areas of the country. For instance, within the rural areas the access to drinking water is a serious problem only 16 percent of the population has access to clear drinking water. (humanium 2011). The problem of a shortage in drinking water leads to a serious amount of children dying from diarrheal and illness (UNICEF 2013) Furthermore the access of healthcare for children in areas around the borders between Thailand and Cambodia due to an armed conflict is still insufficient. Approximately 10.000 children have no access to healthcare or education. Looking at the discrimination of education, still 10 percent of the children in Cambodia has no access to education even 20 percent of the girls are not allowed to go to school. In the family mindsets girls should stay at home and education is not necessary for them (humanium 2011). Cambodia has to deal with serious problems of Aids. Most children are contaminated from the mother with a result that most of the children are poised with Aids and will end as an orphan since their parents died from aids. The conditions of the hospitals are also a serious problem in Cambodia. Children are exposed to all kind of infections from the poor conditions of the hospitals.  It is the government who is responsible for equal access for all citizens of the country (health care, education and protection).

Since Cambodia is slowly growing on economical field and trying to globalize it should first invest in their primary/public services. For example, infrastructure, healthcare, education, justice system. The final recommendation, with the support of NGOs and ASEAN the government should improve the fundamental needs in order to change the current situation of violence, abuse, exploitation, trafficking and discrimination against children. In my next blog I will go more in dept about the involvement of the government, NGOs and ASEAN.