Learning Mandarin while studying the module of International Relations got me really interested in the Chinese culture, where shocking items could be found when doing research. This is the reason that this blog will all be about a specific topic, which has a huge history but currently, still occurs. The topic is inconceivable for many people all around the world who have not witnessed or researched it. However, in this blog the human trafficking of China regarding labour force will be discussed and will give you a well-explained understanding.

Human trafficking has various definitions, which depend on the way you criticize when someone actually is getting trafficked. Therefore, people will differ in naming a matter, as being trafficked when at one point being forced to work with using violence is the decisive factor. Furthermore, others think the freedom of movement and the enforcement of controlling citizens mentally to work for them are crucial appraisals of being victim of human trafficking. However, the general definition of human trafficking regarding to labour, called labour trafficking, is a modern form of slavery where individual people perform labour through the use of force, fraud or coercion. 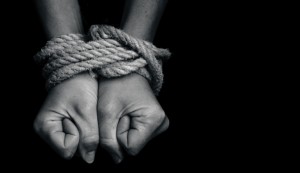 The reason of making certain people work is because it brings down production costs since they nearly or not get paid and work with extreme conditions with long hours. Therefore, the price of a product is able to be low, which many people demand. The lower the price the better, isn’t that what we think? Well, in that case people are supporting and encouraging the labour force human trafficking in a way that it can be said that they are partly responsible for it. The demand of cheap goods is high and even higher than the realization and the concern of decreasing or even stopping the labour trafficking. Therefore the supply of goods made by both children, adults and young adults have to be provided to meet its demand. Therefore it is hard to believe that citizens nowadays contribute to the human trafficking, but true.

There are two sides of every coin

However, the labour trafficking is not only related to cheap goods, but big companies such as Apple, Adidas, Samsonite, and many other familiar enormous brands do produce their costly products in China. The fact that there currently are many factories that work with way to many employees under bad working conditions, where lots of the employees got forced to work is most familiar when the label ‘Made in China’ has been noted. On the other hand, China is actually growing very fast regarding quality clothes. The state has made this development by investing in the producing technology and disciplined trainings and gained higher skills. The market position of China could be named as offering a good mix of price, speed, and quality.

However, it is hard to point the actual side that is responsible for the trafficking that happens, because big companies for example do not get to see the real human trafficking while they are visiting the factory. Despite, the companies should know better, since they pay such low prices for the many products it concerns. Besides you could say that the state itself is responsible for the trafficking, because it has the opportunity to work by their rules of the government. However, there are laws to protect the labour traffickers and to avoid it, but unfortunately this is not enough. Also the illegal scene of human trafficking is high in China so this is hard to dispute for the state itself.

Next to the fact that China is developing in its clothing market by specializing themselves regarding quality, does not approve the various human trafficking within the labour market. Especially, regarding labour force towards children, which however still occurs after banning this in the state. Furthermore, the development of achieving a universal primary education in China erased many children of the labour force up to a certain age. After primary education it is the question if the parents are able to pay a following education. And actually one in four children living in China is not able to actually go to further education because they got discriminated and excluded.
A large factory that leads to children labour trafficking is the fact that plenty of parents are going to work as migrant workers and because of that they have to move to big cities and are leaving their children behind. This leaves the children no choice but to start working in intense heavy work sectors and have to leave their homes as well. This results in a physical impact of the children’s body since they are not ready to fulfil such intense and heavy work. Furthermore, the working conditions of such work leaves the children to work for 10 to 14 hours, can you imagine? Next to the fact that this is mentally really intense since they do not get provided with proper meals or water, they also have to face physical consequences at such a young age, which will concern them the rest of their lives. To fight this insane matter the government set up a law that does not allow children to work if they are 16 years or younger. This would mean that there would not be any children labour trafficking, right?
Unfortunately not, the little rule of the government shows a gab for the children that are allowed to work under the age of 16 if the work is named as educational labour. The intention of the government is to develop the knowledge and skills of the children by letting them experiencing by having a job. However, this is definitely not the case as you can figure by knowing their working conditions by now. The educational labour is namely kind of used by the schools, which abuse the law and force children to do heavy physical work. 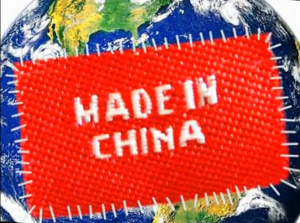 It can be concluded, that the labour market is increasing in its quality, however with a dark side of human trafficking. Although this is happening to many children, young adults and adults, this blog has mainly been focussing on the labour trafficking of children.

This showed that children will be affected whole their live by being trafficked definitely not in a positive way, but will destroy childhood of million children’s. The fact that they do not have an opportunity to succeed an education and are not able to go to school at the moment of their life where they should go to school is shocking to notice. Furthermore, the case that the working condition results in harming physical consequences should be developed and taken more seriously by the government.