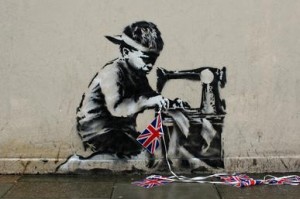 HUMAN TRAFFIC IS EVERYWHERE AND IT HAS TO STOP NOW!

In this blog I would like to talk about human trafficking in general. In my previous blog I have told  that I study in Thailand. My time so far in this country have triggered me to write about this revolting subject and to facilitate open discussion among my readers about this difficult topic. In particular, a night out in a touristic Thai city have motivated me to write this blog.

When I walked at Khao san road around midnight, a little boy came to me and begged me to buy a special Thai bracelet. Once I looked at him,  I felt immediately compassionate with this sweet little boy.  As a consequence, I bought that stupid bracelet. When he had put on the bracelet, I was genuinely thinking “What am I doing?”. I was actually supporting the worse form of human traffic; forced child labor. I felt guilty about buying the bracelet from that little boy who was approximately 10 years old. So I took the bracelet off and kept it with me. I became awar 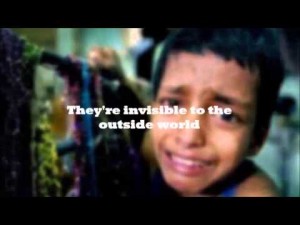 e of the fact that, if everyone on that street will buy a bracelet from him, he will never stop selling them. This experience triggered me to look into human trafficking at a global level and write a blog about it.

How is it done? By using pressure, kidnapping, misleading, exposure, abuse of power or giving someone the power to control a victim by giving a payment or benefit.

Why is it done? The purpose of using human beings for prostitution, sexual using, forced labor, modern slavery or using victims for body parts such as organs all with purpose of trade.

Where does human trafficking take place? Unfortunately human traffic is all over the world, it is nowadays named as the modern version of slavery.

Who are the victims of trafficking? This can be all kind of human beings; poor, rich, men, women, kids as well as adults.

Now it is clear what, how why, where, who human traffic is, I would like to give some facts about the topic.

There are nowadays more human slaves in the world than ever have been before. Globally, there are approximately 27 million adults and 13  million children involved as victims of human trafficking. Another shocking fact is that around 75% to 80% of human trafficking is due to sex exploitation. This is also concerning for the global spread of diseases such as HIV. Because human traffic is a hidden crime, it is hard to come with hard facts. Despite the latter, it is estimated that 80% of the human trafficking victims are female and 50% is child. Of all the sex exploitation in the world, 98 percent is provided by women or girls.

Forced labor is the second common form of human trafficking after sex exploitation.

Human trafficking is everywhere. That 68 percent of the human trafficking is labor supplies us of our cheap goods we use every day. Probably your reading this blog from your smartphone or tablet which have a in a long line of processing a part of human traffic in it. Think about the product or services we use every day, our shoes, our handbags and cell phones for instance. Imagine that a teenage boy is assembling your smartphone for less than a dollar an hour. According to L.T. Chang (2012)’’By focusing so much on ourselves and our gadgets, we have rendered the individuals on the other end into invisibility, as tiny and interchangeable as the parts of a mobile phone.’’

Another shocking purpose of human traffic is child forced labor within armed conflicts. UNICEF made an estimation that approximately 300.000 children are younger than 18 and they are trafficked with the purpose of using them in armed conflicts. According to Washington Times (2009) the terroristic organization ‘the Taliban’ buys children for the use of suicide bombers.

Nevertheless, Human trafficking is unfortunately the largest and fastest growing criminal market in the world. Because of the increased supply and demand, the low risk and the high profit possibility. People are everywhere and there is no ‘’expired date on it’’.

Since, I am in Thailand my teacher told me a fact about the beggars laying on the streets with a baby begging for money. He told me that there is a whole criminal network behind this poor lady begging on the street with a child. Sometimes the baby who is in the hands of the beggar is not even her child. According to Shelley, Louise. (2010) pregnant women are wanted for their newborns, There is a huge demand on the black market for babies. The babies will be sold and the mother will usefully paid less for their newborn.

Because of the globalization, every single nation in the world is involved in Human traffic. The victims are cheaper than ever and the demand created a huge supply of workers. Since, I have given you only a small number of facts about human traffic there is still plenty of research to do on this topic. Because of the fact I became aware of the sickness around the world regarding human traffic, I want to inform and make you aware of the fact that human traffic is everywhere and influences all of us, even in our daily life. From making the decision of buying a bracelet from a boy  to giving money to a beggar on the street, this all has to do with maintaining human traffic which has to stop now!