Everyone in the world is following certain rules, has a picture of what is right and what is wrong and has certain prejudices. One opinion that was and unfortunately still is spread throughout the world is that same sex couples are less recognised as their heterosexual counterpart.

However, as already stated in my first blog by comparing the USA, the Netherlands and Thailand on their opinion towards same sex marriage, it can be seen that it is possible to change people´s mind in some time. In my second blog I wrote about the discrimination towards LGBT people in Thailand and after writing both blogs, the question came to my mind whether it is possible to change the mind of people, how long it can take and which people have to be involved in the change. These are interesting questions to answer especially when it comes to Thailand in order to improve the situation of LGBT people living in that country.

Is it possible to change people’s mind

Changing people´s mind is really difficult, especially when the message does 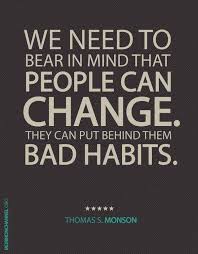 not seem relevant to them and they are not paying attention. Furthermore, people do not like to get told what they should think and when the opinion about a topic is firmly established since decades. This topic is quite controversial because labelling being homosexual as illegal or other than the norm actually started with someone or a small group saying that it is like that and the people took over that opinion.

However, as it can be seen in my first blog, when comparing the opinions of the inhabitants of different countries on same sex marriage, it can be seen that it is possible to change people´s mind over the time. Now the question is rising up how can that be changed and which people have to be involved to improve the lives of LGBT people in Thailand.

According to a poll conducted in the United States, it can be said that within 10 years, many people have changed their opinion about same sex marriages. 14% of the whole population opposed it but have changed it within years. The poll has asked for the reasons to change the opinion and most people answered because within their friends and family there was someone who is homosexual. In addition, some people claim that their view has just changed because of thinking about the issue or simply because of growing older. Furthermore, people changed their opinion because the whole world is changing the view on LGBT people and many take on the thinking that everyone is free in their doing and should choose whatever makes them happy. This example clearly shows that it is possible to change the opinion of people. So the next step is now, how to change the opinion of the Thai population.

How to change the mind of people

The example of the United States of America clearly shows that the people changed their mind towards homosexuals. However, in the answers that were given, it gets clear that people changed their mind because they wanted it to change personally and because of influences in their environment and not because people force them to change. This example can help to understand how the LGBT community in Thailand should handle the issue. It is really important that LGBT people do not get intimidated. If the people try to openly stand for their identity and sexual orientation, which after reading my second blog is probably really difficult, then people will get used to it. As the example shows of America, most people changed their opinion because they have someone who is homosexual within their friends or family. When this is the case, people will recognize that the only thing that matters is that they love that personal, no matter with what kind of sexual orientation. One trend that is definitely influencing the Thai population is the change of the world. This is inevitable and since many people travel to Thailand and share their opinion this could also help to make the Thai population think.

The theory of ´contact hypothesis is supporting that argument. It states that contact between hostile groups is reducing hostility. A project done by Micheal LaCour from the University of California and Donald Green from the 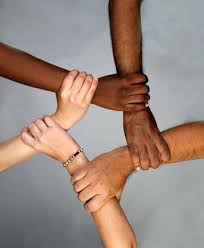 Columbia University, recruited people to fill out their opinion about politics over several months. At some point of the study, the researchers included canvassers that talked from a prepared script in a polite way for advocating same sex marriage. Some of those talked about having a homosexual friend or relative and how big his/her wish is to marry. The other ones pretended to actually be homosexual and talked about how big their wish is to marry. The outcomes of this project showed that either type of canvasser increased equally the support for same sex marriage. However, the interesting part is that the effect only lasted a few weeks for people with a ´straight´ canvasser, whilst the opinion of the people with a ´gay´ canvasser lasted even nine months later.

This study should strengthen again the LGBT community in Thailand to openly live their sexuality.

Can the government´s view be changed?

First of all, the government only consist of normal people who can also be influenced by the contact hypothesis. However, it might not be as easy as it seems. Since 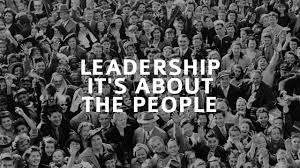 Thailand is under military rule, it is not that easy to change the laws and since there is no date set yet for new elections, people cannot vote for parties representing their interests. Furthermore, since there is an ongoing conflict between the so called ´red shirts´ (people who support the former prime minister), and ´yellow shirts´ (ultra-royalist nationals) this is standing in the foreground.

Can the government change the public opinion?

In general it can be said, yes the government can change the public opinion. It already starts with the 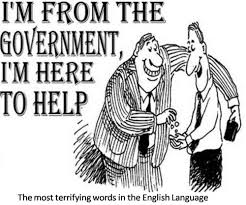 elections. The candidates are already trying to influence the people with their advertisements. Furthermore when a government implements a new law, they try to make this rule as the norm. Living with a law shapes the opinion of people and opinion leaders like politicians are able to promote ideological causes.

One extreme event in the history has shown us how it is possible that the government changes the public opinion. Namely the Second World War. Germans first voted for the government and slightly, with the use of propaganda, the government was able to change the opinion of people. This is of course one negative example. However, if this can happen, I am pretty sure it could also happen for the good.

It can definitely be said that it is possible to change the opinion of people. Although it may take a while, it is important that the Thai LGBT community is not hiding but standing up for their sexual orientation and identity because as the research project of LaCour and Green has shown that hostile groups can reduce hostility by having direct contact. If this start has been made, it is possible that the public opinion can influence the government’s decisions so that in some years’ time, LGBT people are not discriminated anymore in their daily life and are finally seen as a human being. Please comment below and let me know whether you think that the change is possible referring to the current situation Thailand is in.