Thailand is one of the most developed countries in the Southeast Asian region and this is one of the main reasons it attracts a lot of tourists. The demand is getting higher and Thailand is more than willing to fulfil this demand.  This year it is expected that it will reach a new record number of tourists visiting.

Even after the deadly attack in Bangkok, which shook the entire country because the bomb attack killed 20 people, including 14 foreigners, and injured  more than 120 people, and after the murder on two British  backpackers on Koh Tao the tourism in Thailand is still booming and doesn’t seem to be influenced in a negative way.

If you look at the number of tourists that visited Thailand in 2015, you will see that it is around thirty million. I wonder if Thailand can actually carry all this weight? Isn’t it a little too much to handle?

Why Thailand keeps on stimulating tourism

Compared to last year the expected number of tourists visiting will grow with another 7 percent. In actual numbers it means that this year there will be around 32 million tourists, while last year this number was 29, 88 million.  Another fun fact to know is that 60-70 percent of the tourists are repeat visitors. From this I conclude that, if more tourists keep coming and the percent of repeat visitors stay the same, the number of tourists will grow exponential.  This is what worries me a bit.  Like I said can Thailand actually carry the weight and if not why aren’t they doing something about it?

I think it’s because of money (of course…).

Thailand’s bright spot in the economy is tourism and this is why they will keep supplying the demand. Tourism accounts for +- 10 percent of the GDP and this number will probably even get higher since the  expected number of tourists visiting  is still rising.  For example: If you look at the economy, the targeting revenue of the government from tourists is about 2.3 trillion bath. This is around 61 billion dollars.  And because the government keeps stimulating the tourism the central bank of Thailand predicts the economy will grow 3, 5 percent in 2016.

Because of this influence on the economy it’s easy to understand why Thailand keeps on welcoming tourists to their country even if you look at the role the tourists play in for example: water pollution, littering, loss of culture (Pattaya is often called little Russia),  wildlife endangerment, deforestation etc.  I guess to Thailand money outweighs the negative influence of tourists on Thailand (Reuters, sd).

How safe is Thailand for tourists?

Now we know that Thailand is becoming more touristic each year and the number of tourists coming is getting bigger and bigger, I thought it’s interesting to know, from a tourist point of view, how safe Thailand actually is. I mean if there are so many tourists, is it even possible to protect them or do they even care about the safety of tourists? Or does money also outweighs the safety of the tourists?

I found an article about it on the dailymail.co.uk, but a day later, when I wanted to use it for this blog, I saw it had been censored. This already gave me some clue about how some problems are solved in Thailand.  If you do want to read the article you can use the following link: http://www.dailymail.co.uk/travel/travel_news/article-2833369/Thailand-one-dangerous-tourist-destinations-Earth-Ex-pat-investigation-lifts-lid-dark-Land-Smiles.html

According to an article on the website of the Asiancorrespondent there are plenty of violent attacks and poor safety standards in Thailand.  There has been a spate of reports on deaths and attacks on tourists. This raises tourist safety concerns in Thailand and this is why more people wonder how safe Thailand actually is for foreigners.  There are examples of tourists being stabbed in the neck by a Thai local or being shot in traffic for flipping somebody off.   Another example is the drive- by shooting of a Russian man in Phuket. 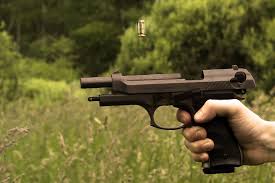 Next to these examples of violent attacks there are also plenty of robberies. People are being drugged and robbed and this is not out of the ordinary in Thailand.   More recent examples of violent attacks are the ones on Koh Tao. Koh Tao is a nice small island which is known as “the rock” and especially for its scuba diving.  But recently the reputation is shifting from this lovely place to a place where horrible things happen (asiancorrespondent, sd).

You probably heard about the killing of two British backpacker named Hannah Witheridge (23) and David Miller (24).  The Thai police accused two Burmese men, but there are a lot of people who doubt if they were actually the ones who did it.  Close to the beach where the two tourists were murdered another body was discovered. This body has been identified as Nick Pearson.  This happened under suspicious circumstances and according to the parents of Nick Pearson the killing was covered up to protect tourism.

I can understand why they believe this. If you look at my last blog and look in to the amount of murders and the number of prosecutions you will see a big difference. Nick Pearson was 25 years old and was on a family vacation on the island of Koh Tao. His body was found on New Year’s Day.

Another body was found in a bungalow on the island of Koh Tao. It was Christina Annesley, 23, from Orpington, south-east London. She died after taking antibiotics  doctor prescribed  for a chest infection . Her mother demanded that the body should be returned to the UK for further examination, because people again feared this was a cover up by the local police. The police were criticized for failing to secure the crime scene in a proper way.

Further speculation over Thai justice pervades after a Frenchman was found dead. He was hanged on the same island with two hands tied around his back.  The 29 year old was hanged from a beam at the Ta Chin Bungalows on Koh Tao. All tough suicide could be the explanation a lot of people write about the possibility of foul play.

Violent attacks and muggings are not the only concerns for tourists in Thailand. Like I said I wondered if Thailand can actually carry all this weight. I mean if you are welcoming all these tourists, you should also feel some responsibility about keeping them safe. But apparently there is a lack of security, oversight and safety measures which results in some horrible accidents. A Foreigner from Switzerland is missing, probably drowned, after a Snorkelling outing. His friend expected him back on Sairee beach around 5 Pm (thailandjustice, sd). 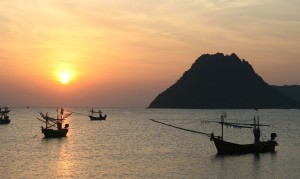 This was just one example of somebody who drowned during snorkelling. Next to this you have a lot of accidents on boats and in traffic. Of course you can argue that accidents happen everywhere. But if you look at the news you will see that in Thailand these horrible things happen almost every week and these are to my opinion avoidable.  A good website that will give you a better idea about what kind of accidents and murders happen in Thailand and how often this takes places is http://www.farang-deaths.com/ .

If you have been to Thailand you have probably seen the lack of safety precautions. Everybody can rent a bike or a boat without demonstrating any skill at all. I guess money is enough proof to convince them to rent you a motorbike.

Don’t get me wrong I like spending my time in Thailand. But when I see all those tourist with injuries because they fell off a bike or got in in to an accident. I can’t feel like being alarmed about the safety precautions around here. If somebody can’t drive then don’t give them a bike. Seems like common sense to me.  Especially when you look at the website: http://www.farang-deaths.com/  you will see a lot of needless deaths. This should be enough to take some action to prevent more of these kind of things from happening right?