Values of culture are about the desired way to behave, they express what you think is good or right. Nowadays, the world is interconnected as well as the connection between countries is closer, people tend to have more knowledge about the world outside their countries through cultural integration. Therefore, besides their own culture, people have also adopted the influences from other cultures. Studying abroad, doing businesses as well as exploring the new information through global media are the ways that people from modern Asian families get in touch with Western culture. Therefore, it is necessary to be aware of the values of an Asian family in order to avoid misunderstanding or misjudging. Especially for people from Western countries who come to Asian countries to do business or travel. Thus, in this blog, the family values will be mentioned in order to figure out the differences between traditional and modern families as well as whether the modern Asian families still remain values as traditional families do or not. 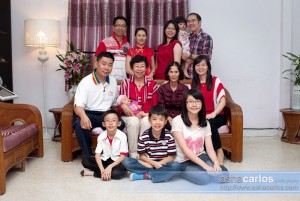 In the past, Asian traditional family is an extended family that consists of many generations such as aunts, uncles, cousins, etc. all living nearby or in the same household in order to care about each other. The relationship between family members is very significant. They think that this will help to build a strong and stable family. A strong family is a steady foundation for the development of younger generations in the future. In addition, this also helps to strengthen the social level of the family in the community. 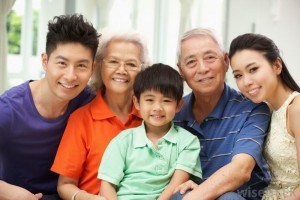 However, with the influences of Western culture, Asian modern family tends to be a nuclear family. Instead of extended family, they create the “family network” as a supplement. Therefore, they still maintain the relations with other relatives even though they do not live together in the same house. Moreover, they still provide strong support in order to help each other in child-raising and elder-care.

Asian culture defines clearly tasks and roles for men and women. Each one has different rights based on their level in the family. According to Hofstede’s dimensions, most of the Asian countries have high score in power distance aspect, which means men are always the head of the family as well as men have high level than women in the family.

In the Asian traditional family, men are always the head of the family. They have responsibility for maintaining, developing as well as protecting their family. Furthermore, when something comes to their family regarding to their wife, their children and other family members, they are always the person who make all decisions. They are responsible for all financial things in the family, such as paying for living costs, paying for their children education, etc.

In the modern family, men are still the head of the family. However, when making important decisions, they consult elders and do not make them on their own. Moreover, the father does not give a final decision regarding to his adult children’s live anymore. He lets his children go their own way.

In Asian culture, the patrilineal descent system is very important due to the higher level of the men in the family. In other words, a child’s lineage and descent are calculated from his father only (such as the last name). Moreover, in a traditional family, only men can inherit family membership as well as family estate. Therefore, every marriage couple has to have at least one son. For example, in China, from the late 1970s, a one-child-per-household policy is established. It influenced the balance between baby boys and girls rate. Because of this policy, many baby girls were killed at birth since they cannot inherit the family name or family land.

Nowadays, modern families are not strict to this system too much and the girls can inherit the family estate. Both boys and girls now are treated equally than the past. However, these modern families still prefer to have a boy than a girl. Especially for rural families since they need a boy who has enough health to do the farm works.

Although there are changes from the past to the present, the elders of the family are always revered because of their experiences and their wisdom. The elders are respected and taken care by the rest of family in both traditional and modern families. They always live with their children and their grandchildren. They help to take care of their grandchildren as well as give the advice to the family. When the elders pass away, they are honored by ancestor altars in homes with featuring candles and photographs.

This is one of the most important things in Asian culture. Asian people believe that there is no family at all if the couples do not marry. It is a shame and the parents will lose the face if their children are not married, especially for the girls. Traditional couples never even met before their wedding day. Their marriages were arranged by their parents. Parents chose the person that they think he/she is suitable for their children as well as their family. The choices were made based on the social class, social level. That means no marriage happened between rich and poor people as well as no marriage was arranged between high and low social level families. The marriages are also the way that family shows to the community how wealthy they are based on how luxury the marriages are.

However, with the cultural integration nowadays, many modern Asian couples are influenced by the Western culture. They do not want to marry or they do not mind if they are married or not. Nonetheless, it is unacceptable from their family as well as the community. They still have to marry and they have to arrange the wedding day. Fortunately, when they are married, modern Asian couples can choose their own partners but they still need the approval of the elders.

From the past to the recent years, the Asian culture has changed. With the cultural integration, Asian countries have adopted the Western culture as well as the Western influences. These help to add a more modern thing to traditional existing ones. The women role is increased and tends to balance compared to men role. However, the family structure and the important family values still remain. Modern families do not lose their family identities; they still keep the basic and important value while adopting new ones. Whether you live in the traditional, rural environment or the modern, urban city, families are still honored and respected from every family members as well as the community. A strong family will make a strong society.