More and more countries are facing the problem of aging population with low fertility and longer and healthier life, the population has shifted and shaped the negative development. Especially the Japanese society has the fastest negative  growth on the earth. Currently more old people dipers are sold than baby dipers. Japan has now 23.9% elderly, people who are aged of 65 and older and only 13.5% of young people with age below 15. Japan is now facing one  of the biggest problems of the world regarding aging population. Alone in this century, Japanese population are expected to shrink by half.

More and more young adults are not even thinking to have children until late 20s or early 30s. Generation Z and Y have very different views on having children. Firstly to find the right partner and good financial stability  to secure and support for to settle down and have own family. Additionally having children, is  a lot of work and responsiblity. On the otherhand sex lust and emotional needs are covered by pseudo love of animated girls in form of comic books, dolls, toys and real person dressed as animed personality to have a date with in exchange of money.

The history of Manga

The origin of Manga has long tradition in Japan, already in the 13th century it was reflected as pictures of afterlife and animals, which is similar to modern manga. It was not only an art form but also a political, social and a medium for sexual purposes, which portrays wife sexual tool. It became more commercialized and widespread thought wood blocking. The reading from right to left was as represented back to that date. From there it branched out to many other subjects. A major event in the manga history was the censorship, which was initiated. In the late 1920 and early 1930’s the Japanese government start to intimidate artists and publishers had to be closed down. Although after the World War II, the Japanese constitution, article 21 prohibit all forms of censorship and the growth of artistic creativity has never being stopped since. One important distinguish between manga and anime is on the on hand Manga can be seen as Japanese “comics”, which are enjoyed by all age demographics in japan equally. On the other hand Anime are the animated version of manga. From the 1990s especially anime are influenced by western culture with also started with the technology evolution of Anime or gaming.

Manga and Anime are worldwide known, the probably most famous ones are from the Studio Ghibli, which are comparable with Disney. The movie “Spirited Away” became the most successful film in japan history and won the 75th academy award.

Nowadays in Japanese Manga and Anime as open and liberal as they seem, they could be seen as the reflection of the Japanese culture and the heart of the products of Japan’s culture. As mentioned before with the technological advancement, Japanese manga retains the historical character with the blending of the influence of the western culture. At the core the female role and its relations has changed over the decade, yet it still lies fundamental believe of the patriarchal background as male dominance and female submissive, as it is common in Asia culture. As in society in general in Japan naked or as sexual objects are displayed in subways to TV or pornographic bookstores are very common or as some men reading them in the public. Shoujo feminity idealism is one form of the theme in Japanese media, where the women or girls are displaces as helpless, selfless, needy and domestic.

The anthropology religion of Japan’s: Shinto(Kami-No-Michi), which is based in animism, believes that supernatural beings as in form of spirits are all around in the nature. The gods and goddesses of Shinto are not perfect or repositories of morality, they exist within nature and thus, sexuality is an innate part of life. In that way from the religious attitudes, there are no obstacle to the presence of pornographic material in Japan’s secular society, nor is pornography seems to be more in the culture already rooted since long time before. Just look in the famous red district in Tokyo in the Kabukicho area, is one of the world most vibrant gay entertainment area. Including bars, fine dining and pubs. This district is renowned for its thousands of strip or hostess bars, pink cabarets, moreover with porno video and DVD outlets and its numerous love hotels Many of the sexual services on offered, but not all are available to foreigners. 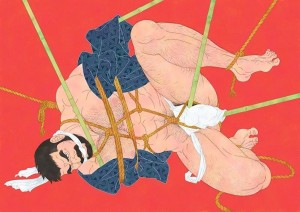 In japan there are more and more young adults, who are single and rather stay single and not want get married and have children. In the world of erotic entertainment, a lot services are offered to replace relationships with toys for physical or even real person for emotional needs replacement. There are many forms of replacement for relationship. For instance hostess clubs with male entertainers, where women pays for companionship, where they can have fun, drink and talk to. Their main job is to listen, and its about to see how much the hosts can let the women enjoy themselves. Modern women are willing to pay for this experience. Of course different way around as well for men, to go to hostess club, with all female attention you could get.

In Japan there are whole industry sector with different form of pseudo romance to fill any kind of needs. For instance if you like Manga and you can book someone dressed as the character for an hour and go for a date. As so called “Cuddle coffee”, where the customer can cuddle with a Japanese Girl in a private space with matrasses and some stuffed animal and flower lamp. The girls gaze into the customer’s eyes and even cleaning the ear, which should be comforting, for 80 dollar per hour.

As one most of the significant progress of this century is the technology advance, which no other generation ever had. This technological progress has also brought gaming in the animated world. They is a generation of geeks, who have grown up through 20 years of economic stagnation and have chosen to tune out life in their own fantasy worlds. In that virtual world they can be whatever they want to be and how old they want to be. A game called LovePlus came out in 2009, which is a Nitendo based portable game. It can be compared with Tamagoshi but instead it is virtual girls, who are happy and supportive, especially emotional support and teach how to be in a relationship. Many players claims to have real feeling and the support and affection they receive feels real. 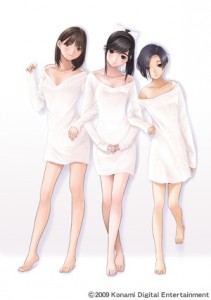 A quote from a player: “At high school you can have relationships without having to think about marriage,” says Yuge. “With real girlfriends you have to consider marriage. So I think twice about going out with a 3D woman.” A survey by the Ministry of Health, Labour and Welfare in 2010 found 36% of Japanese males aged 16 to 19 had no interest in sex – a figure that had doubled only in two years. As important reason, why Japan is facing aging problems, as above mentioned development in Japanese society it has become more a trend not to get married and have children.

After all factors and aspects such as the manga, which served as purpose as fake animated virtual girlfriends, or a reason, why Japanese population is growing negative by not getting married and have kids, or as only a simple entertainment booklet or used as a tool to spread political or sexual opinion to the public. Either way manga in Japan has great influence and as well some negative site, it is the scale how to use and in what way to use this medium to spread values and norms on a personal aspects to bring taboo topics into public. Don’t you agree?