If you ask random people on the street around the world of what first comes to their mind when they think about Thailand, many of them will probably answer sex tourism and transgender people. This is of course not everything what Thailand is

standing for. However, you cannot deny that this is a huge part of the image foreign people have. Furthermore, it is also a widespread opinion that Thailand is the most liberal country on the Asian continent when it comes to lesbian, gay, bisexual and transgender people. However, if we take a closer look, this perception might not always correspond with the reality.

When it comes to tourism purposes Thailand is actually pretty open minded amongst transgender people. Furthermore, it is also a friendly destination for gay, lesbian and bisexual people. However, when it comes to Thai people that openly want to live their sexuality in daily life, things differ.

“In Thailand, we always smile and save face, but we close our eyes to all bullies out there,”  -Kaona Saowakun, a trans man who has to face discrimination, to the Times Magazine

It is estimated that 1 in 166 men in Thailand are transgender which is a huge number compared to the United States where 1 in 2500 men are transgender, according to research of the University of Hong Kong. However, these people are still discriminated in their daily life and have to suffer.

According to research of the Khon Thai Foundation, which is a non-profit organisation, in Thailand 56% of people between 15 and 24 years old still believe that homosexuality is wrong. But where does this thinking come from? Let´s take a closer look o different sections that influence the opinion of Thai people.

There are rules that prohibit discrimination in Thailand. However, it has to be said that they are not specifically referring to sexual orientation or gender identity. Only in 2015, a new law was admitted that should protect LGBT people from discrimination. Since this is a quite new law, discrimination is still a big part of the life of LGBT people. It took till 2011 for the Ministry of Defence to change and not classify homosexuals as people with psychological problems. However, transsexuality is still seen as a mental issue. Therefore, transgender females in 2016 are still identified as males in their passport. It is not allowed by law to change the sex. Furthermore, according to the law, every biological man needs to serve the military. In the case of transgender people, they are rejected with the reason of ´Gender Identity Disorder´.

Till now, there is no law that allows marriage between the same sex. Therefore, LGBT couples are excluded from many legal spousal entitlements and benefits such as tax benefits and social security benefits.

It seems that there is hope for LGBT people because a draft of a partnership bill has been submitted to the Parliament. However, this bill I already criticised because it is not attributing the same rights to homosexual partners as to heterosexual ones. It does for example not include parental rights. It also has to be added that such a change is still going to be difficult because the lawmakers tend to conservative and the laws are seen as sacred. 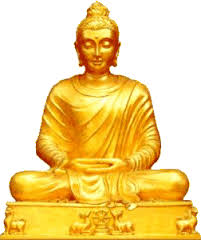 95% of the Thai population believes in Buddhism and most of the especially in Theravada Buddhism. It is widespread that homosexual people suffer from bad Karma because they have committed adultery in their former life. The other 5% of the population is following the rules of the Islam, which includes in general a more conservative attitude.

Taking a closer look at the social environment, the question is rising up if the no existence of a law that clarify equal right for LGBT couples and the recognition of their identity and the believe of the people might have an influence on the environment and treaty of LGBT.

When it comes to the social environment of LGBT people, there is no open persecution. However, it still has to be said that they are restricted in their actions and under the surface many people still have hostile attitudes against LGBT´s. One part of the life of a Thai is of high importance. Pleasing the family, fulfilling the wishes of the parents and upholding the reputation of the family name. This can be a clash for people who want to live their sexuality and it is one of the strongest problem and LGBT individual has to face. At least, many people do not understand the struggles and needs that LGBT people have. There is a huge problem of understanding and the Anjaree Group, which is the largest gay and lesbian rights activist organisation in Thailand has to change that.

When it comes to employment, many LGBT people still have to face discrimination. Many individuals were being denied from promotions or even got fired after disclosing their sexual orientation. In addition, it also happens a lot that during an interview or job screening inappropriate questions. Furthermore, it often happens that LGBT people that openly show their sexual orientation have to do psychological tests that are not given to other applicants.

Especially for transgender people, finding a job is a big issue. They cannot easily hide their identities so they suffer from discrimination and in most business transgender people are not well-received. Consequently, their roles in the working life are often limited to the hospitality, entertainment and sex industry. The way in those industries is already guided by the parents. There is many evidence that transgender children are discouraged by their parents to start their education in high statues fields such as medicine and law, but they try to put their focus on soft field studies which include social sciences. Many parents also just simply see more change for their transgender children to work in the entertainment sector. One example of a transgender activist shows that her mother even goes so far to offer her child to open a spa, although this was not at all in the interest of the activist. In addition, the teachers also try to force transgender people into the same direction. Transgender people get told that they should choose a field that is appropriate form them. It is really difficult for example for a transgender to become a teacher because in Thailand they are seen as a role model, which is connected to the ´ideal´ of only being a man or a women. Therefore, many educational institutions do not even allow transgender people to start teacher´s training.

If LGBT people get the chance to go to a job interview and passed it as well as the written examination, particularly transgender people can still be rejected from the job once their legal identity is known. Sometimes transgender people get the chance of having the job they wished for, however in many business in Thailand it is an obligation to observe the dress code of their birth sex.

All this has led to many LGBT people deciding not to work in the public sector where they are restricted in their freedom of showing their identity and therefore many chose to work in non-governmental organisations or try to start up their own business.

Thailand and its tourism sector is always advertising with being and open minded country against LGBT people. They are one of only seven states that have signed the UN declaration of LGBT rights and it seems to be the most liberal country on the Asian continent on this topic. It has to be said yes, for tourism purposes Thailand is quite open minded. However, taking a look at the individual life of a LGBT person, the truth is totally different. In this blog I only covered some small parts of the daily life of an LGBT person. Nonetheless, it can already be seen that in reality, LGBT people still have to face a lot of discrimination and that they are restricted in their freedom. 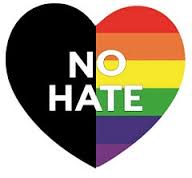 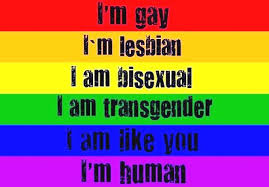