As the UN was established after the second world war, its duty is not only to keep peace throughout the world, as well as the ensuring the human rights such as equal treatment before the law for everyone, fair trial, freedom from slavery, freedom of expression, right of liberty and security. As stated in the preamble of the Universal declaration of Human rights stated, “Whereas recognition of the inherent dignity and of the equal and inalienable rights of all members of the human family is the foundation of freedom, justice and peace in the world”

In the north Atlantic countries, it is functioning and working perfectly within those countries. As the UDHR is being used as fundamental guidelines to hold up up to date women’s empowerment. More and more NGOs, and IGOs are formed to act in a same interest to control or help and ensure the human rights throughout the world and execute UNs vision and mission.

On the other hand, on the other side of the world, to cover over the south east Asia, a so called Association of Southeast Asian Nations, known as ASEAN has formed to in the south pacific regionals need with countries as the republic of Indonesia, Malaysia, Philippines, Singapore, The kingdom of Thailand, The kingdom of Cambodia, Burnei Darussalam, Laos People’s democratic Republic, The socialist Republic of Viet nam and the republic of the union Myanmar. They only declared the human right deceleration in 2009, where the international organisation exited already since 1967. In that declaration, it is stated to reaffirm the purpose and purpose and principle in the ASEAN Charter, in particular the respect for promotion and protection of human right and fundamental freedoms, as well as the principle of democracy. Second to reaffirm their commitment to the universal Declaration of Human Rights, the Charter of the United Nations, the Vienna Declaration and program of Action, and other international human rights instruments to which ASEAN member states are parties. The last, not the least is the importance of ASEAN’s efforts in promoting human rights, including the declaration of the advancement of Women in the ASEAN region and the Declaration on the Elimination of Violence against Women in the ASEAN region.

As stated in the Declaration, the extra paragraph, especially written for the human rights of women in this region regardless of advancement and violence against women. In the most regions of the world justice is a right given equally by law to men and women, however in actual practice the patriarchal society the values of men are towards men The position of women is or was always below men, since the history of human being. Women were never allowed to speak up, to act on its own or were even belongings to men. Even though in the western countries is no longer the issue of being “below” men, still being a leader or more visible in the politics or in national politics is and was always low proportioned. Even though women’s ability has equaled and rivalled that of men’s, the right to vote and also to stand for an election was only given to women from men for not too long time ago, depending on the country. Women always had less right than men, just because we re physically weaker? Men have kept women uneducated, took their right and have kept them away of decision-making and men have made themselves more important than women. 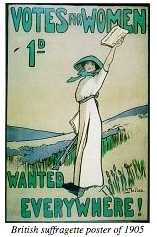 Fortunately nowadays there are in developed countries demonstrating as role model, Hillary Clinton, Angela Merkel, etc. More and more laws are emerging to promote gender equality, for example to determine of certain female percentage in politics such as in Canada 2015 50-50 Cabinet. Female politician participation is the fundamental prerequisite for gender equality and genuine democracy, according to UN women. “ It facilitates women’s direct engagement in public decision making and is a means of ensuring better accountability to women.” As one of the important focus point of UN women is to advance women’s political participation and good governance, which is supported by the translation of the Convention on the Elimination of All Forms of Discrimination against Women (CEDAW).

Another example to ensure the female leader position, in Germany a law came into force on the 6th of March in 2015 is, that the legislation requiring with at least 30% of supervisory board seats on more than 100 of the country’s publicly listed companies. Furthermore the European commission advocating legislation with the aim of 40% objective of women in non- executive board member positions in public listed companies, except for small and medium enterprises. In Norway they have reached as the first European country with a 40% gender quota in boardrooms in 2003 already.

An other point is through working with different stakeholder, who shares same interest such as women’s organizations, governments and as well private sector to bring more women voice into government, as well to train women leaders and the skills to be able to participate as in elections as candidates and as well as voters.

Now looking at the ASEAN region, it is still very hard to bring equal right for women regarding legal inadequacy, women empowerment, and prejudice, which are caused by traditional beliefs. Yet in all these traditions and culture dilemma, Aung San Suu kyi, a woman with brave determination and an unbending will, has become the leader of Myanmar winning party under fair selection. Myanmar is one of the most underdeveloped countries in Asia, which has ruled by military junta for five decades.

As her father the general Aung San, the commander of the independence army has negotiated Burma’s independence from the UK in 1947 was assassinated. Aung San suu Kyi have lived abroad since teenage in India and after went to Oxford University in politics and philosophy for B.A and completed PhD in University of London. After her mother became sick and she came back and got involved in politics, especially due to “8888 Uprising” in 1988. A year later she gave a speech and called out pro democracy, therefore she was placed under house arrest for six years. However an election was held in 1990, where the National league for democracy, her party received 80% of the vote and won 392 of the 402 seats. Unfortunate the junta refused to release Suu Kyi from the house arrest and the election was invalidated. Ten years later the military junta placed her once again under house arrest and even put into jail in 2003. Whereat in 2006, the UN secretary General made a personal appeal for her release, which was denied. Finally after 15 years, from the first February of 2016 Aung San Suu Kyi carrying the hopes of long repressed nation.

In November 2015, the fair selection was under observation of the European Union, with 150 monitors from all 28 member states and journalist and academics into Myanmar to ensure the voting. Many NLD members are political novices and not experienced in the business of government and as the historic movement for the country as the new government, yet dealing with a treaty decision – making process with the legislature. Moreover she is negotiating with commander-in-chief on suspending the clause of barred from being president, as having children with a foreigner not being able to selected as president. Still the clause could be legally removed by having two-thirds vote in parliament. The military holds 25% of the nominated seats in parliament, which means the NLD cannot scrap the clause on its own.

Nevertheless the country has begun to blossom since the end of army rule in 2011 and the long isolated country has also started to launch international investments and sweeping political reforms. People of Myanmar have been hoping for so long time for an NLD government, which has finally arrived couple weeks ago. Aung San Suu Kyi is not only the symbol of democracy in southeast pacific Asia and an initiator of a new era for Myanmar, but also the fact that she is a woman, who rose to lead her own nation and bring more equality in the region.