Immigration is a ongoing process with a whole history behind it. Individuals and groups of people have been moved from place to place all over the world. This ongoing process has spread different languages, culture and religions. Now a day’s migration is still here, all over the world people are forced or driven by the fact of new experiences or opportunities. During my International Relation minor in Bangkok. I found a interesting topic about the migration policy in Thailand. So I decide to write a blog about this subject migration. Should Thailand change their migration policy or should they be strict?

Introduction, Where is migration actually about?

First of all I will clarify what is immigration: Is the movement of non-native human beings into a country with the idea to stay there. There are several reasons for people to cross the borders and leave their previous country of citizenship this could be from a positive or negative point of view.

There are two factors of motivation for immigrants, people need to leave with reason to survive or people are attracted to a new way of life

What is a Immigrant: A human being that cross the national borders to live there.

So now you know a small little tiny thing about migration how does Thailand deals with migration?

Thailand is perfectly located in Asia, with this demographical advantage and a strong growing economy Thailand become attractive for immigrants. This especially compared with their neighbor countries with a weaker ec 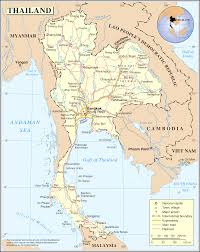 In 1992 Thailand started with a policy to register workers from Myanmar this along 10 provinces in Thailand. This expended and Thailand has now two ways of managing the labour migration from neighbor countries (Combodia, Lao people’s Democratic Republic and Myanmar)

The widely open economy attracts a huge amount of high skilled workers, professionals from all over the world . According to J. Huguet, A. Chamratrithirong, C. Natali (2012) in 2010 approximately 100.000 migrants got their work permits based on high skilled profession.

The international migrants (including the low-skilled workers) provide around 1cent to the gross domestic product (GDP) the impact of migrants is lager in specific work areas such as fishing and frozen food. Of the migrants 10% contribute more than 10% of the industrial sector.

By the fact that Thailand has a Labour Protection Act there is still no equal treatment between international and national migrants. According to J. Huguet, A. Chamratrithirong, C. Natali (2012) there is an difference in minimum wage, healthcare insurance or pension. The health care facilities issues in Thailand, how to finance the health system, the accessibility for migrants to the health system, the development of providing health quality and services for migrants. Everyone has the right to health-care access and equal human rights right?

A shocking fact even the health-care opportunities for children from migrants is not correct regulate in Thailand. According to J. Huguet, A. Chamratrithirong, C. Natali (2012) There are approximately 377.000 children with an age under 18 (11 per cent of the total migrant population) about 150.000 children are born in Thailand however the children fall under the same conditions as their parents and are not recognized as citizens of Thailand this makes a child not covered by the healt-care system in Thailand. However the Thai government change the policy to allow children of migrates to buy healthy insurance. So slowly the government change the policy to let children have access to health-care.

Another fact of that around 45 per cent of the low-skilled migrants are woman working as domestic workers. However the work conditions are not equal based on gender in this particular sector(wages, vulnerabilities)

”as in many other destination countries, Thailand’s labour laws do not cover domestic workers who are overwhelmingly woman” International Migration Organization (2012)

According to the fast growing economy, migration could lead to build on a stronger economy for in the future by setting goals; centralize the migration policy include the different levels of migrants (high skilled- low skilled, unregistered and registered )

Cause by the fact of international migrant take over the employment of the Thai workers it leads lower wages and a decrease in employment in Thailand. It could be a negative effect on the thai economy due to the fact that the employers rather choose for cheaper migrants than origin Thai workers and invest less in labour developments and they will increase the labour productivity. Which could lead to a disadvantage of employment for Thai people.

Thailand could better invest in the neighbor countries to help them developing instead of accepting all the migrants workers who could take over the jobs Thai people. Due to the fact that the policy take a lot of time to develop and implement Thailand could take this in consideration.

I think Thailand should take in consideration that accepting migrants to explore the economy has positive and negative advantages as well. Changing the policy with strict rules and regulations could be an advantage for Thailand in growth of economy and fulfill vacant jobs. However Thailand could also think about how can we help our neighbor countries develop and become stronger together.

Interesting articles about migration in Thailand: